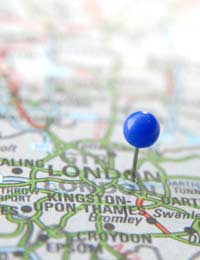 Conference Locations All Around the UK

Every major town in the UK now has a dedicated conference centre, let alone the UK cities, many of which have more than one. Many towns and cities around the UK have in fact put millions of pounds of public money into conference centres in the belief that bringing in conference visitors and their money will make the outlay worthwhile

London Tops the Conference Market in the UK

Despite problems with London transport in general, picking the right location can make London second to none, particularly for international conferences, as London is a major airline hub. There no cities in the UK, and few in the world, that are as easy to get to from anywhere around the globe than London.

Competition from Other UK Locations

The other major cities in the UK have played on the congestion problems associated with London. Birmingham in particular has picked up business with a good half-dozen major conference and exhibition venues in the area surrounding the International Airport, at the heart of the English motorway network.

Many other cities and large towns have conference facilities that are capable of hosting national or even international events but the focus does tend to be on UK regional conferences.

Political conferences in the UK attract large numbers of fringe meetings and sub-events so they need to be held in places where there are a lot of extra meeting locations and seminar rooms. Because of the extra interest there also has to be accommodation for people such as the media, who are there as interested parties but not part of the main conferences as such.

For this reason party political conferences in particular seem to gravitate towards UK seaside resorts. There's no denying that the hotel accommodation is there as long as the conferences are held outside the tourist seasons. There are also lots of minor conference venues in the hotels around the main venue too, so they have the flexibility to accommodate all the fringe events.

Of course London offers all of these things too. But seaside resorts are cheaper, London has a less distinct tourist off-season, and the politicians are probably glad to get out of the place for a while.

Country hotels around the UK focus on conference business because it keeps them busy during the week, whereas residential business is mostly done at the weekends. They are also good venues from the point of view of companies holding internal events as it means that the attendees are more likely to stay onsite and focus on the business at hand.

Whatever your requirements for a conference in the UK, be they local, regional, national or even international, there are conference facilities throughout the UK that will be able to match your expectations.